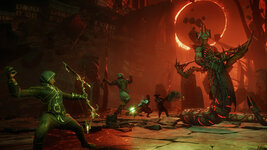 Thanks for your support! We'll see you in Aeternum.